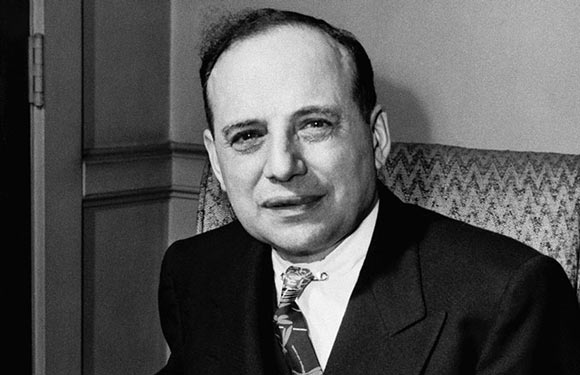 Benjamin Graham is renowned for his credentials as an economist and an investor. He is particularly credited for educating the world on investment strategy planning, especially given he introduced the security analysis technique which is used by investors all around the world today in determining the balance between return and risk of financial securities.

Graham was born in London, England, on 8 May 1984, but soon moved to New York with his family at the tender age of one. His family became financially constrained once his father passed away, inadvertently motivating Graham to focus his energies on obtaining high quality education. He did so by graduating from Columbia University when he was just 20 years old with the title of Salutatorian – an award granted to the second ranked graduate of all graduates across the United States. In light of his impressive performance, he was offered the chance to join Columbia as a faculty member teaching Mathematics, English and Philosophy. Graham however sought to pursue his professional career at a brokerage firm on Wall Street, namely Newburger, Henderson & Loeb.

Graham started off at $12 per week, but very quickly moved up the ranks, gaining partnership at the age of just 26. He left the company in 1923 to set up his own, and eventually found success in creating the Graham-Newman partnership in 1926. By 1928, he had also assumed the role of a professor at Columbia University, teaching night classes of finance. Material covered during these sessions was used by Graham in his first published book, “Security Analysis”, which was worked on with collaboration with one of his former students, David Dodd, and released in 1934.

Graham’s book gained widespread critical acclaim within the circle of hardcore investors. It taught investors the factors to consider in evaluating companies which were looked as reasonable avenues for investment. Despite the financial crash which preceded the release, the book stated that it was possible to purchase stocks at discounts which would pay off if certain dogmas were applied in selection. Benjamin Graham’s book started being treated as the reference point for investment, a bible equivalent status for the investment field. Prominent professionals in the field such as Warren Buffet, who himself was a disciple of Graham, sung the book’s praises after finding great success in making huge loads of cash from the stock market by shaping his decisions on the teachings of Security Analysis.

In 1949, Graham published ‘The Intelligent Investor’, a book which managed to create as much waves in the world of finance as did Security Analysis. This book introduced the concepts of value investing, and differentiated the notions of investment and speculation for stock market players. Warren Buffet hailed it as “the best book about investing ever written”.

Graham’s legacy lies in laying down the principles which should guide decision making for investors. Graham’s approach featured a safety net; he advocated buying stocks below market value so that investors have that cushion to fall back due to market uncertainty or flaws in decision making. He wanted people to treat investment as a serious discipline by fully understanding its risks and consequences. This is precisely why many of Graham’s writings over the years have criticized the financial reporting practices of large scale corporate entities which provide investors with inaccurate and misleading information about business performance.

Benjamin Graham revolutionized the perception and methods of investment with his groundbreaking work in evaluating stock market dynamics. He is often hailed as the ‘Father of Security Analysis’ for this reason. He remained professor at Columbia University until his retirement in 1956, and soon after passed away on 21 September 1976 at the age of 82.