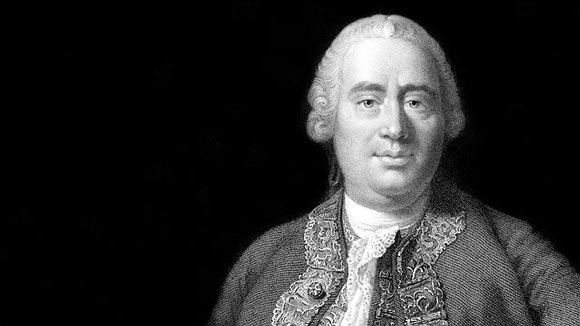 David Hume is a world famous historian, economist and philosopher hailing from the United Kingdom. His skeptical and empiricist approach towards philosophy added a new dimension to studies of the discipline. Hume is often hailed as one the finest philosophers the world has ever seen.

Hume was born on May 7, 1711 in Edinburgh, Scotland. He joined the Edinburgh University at a tender age of 12. After a brief working experience in Bristol, he travelled to France in 1734 where explored the philosophical domain and wrote A Treatise of Human Nature. He returned to England in 1737 and published the Treatise, which opened to negative reception. However, he sought redemption in his next book, titled Essays, Moral and Political, which was published in 1741 under his own name. The book’s relative success restored Hume’s confidence and placed him in contention for the chair’s seat at Edinburgh University for moral philosophy in 1744. However, public objections towards Hume’s appointment saw him miss out on the position as he was viewed as an atheist.

David Hume moved forward by tutoring the Marquis of Annandale in 1745. He simultaneously worked on his own research as well on one of his larger works which was published later in his life. However, a year later he was dismissed from the tutorship. Hume then joined General St. Clair’s expedition where he acted as his secretary for three years. After his term, he published his next work, An Enquiry Concerning Human Understanding. Though An Enquiry didn’t manage to earn the widespread acclaim he sought, it drew in considerable opposition from critics who couldn’t seem to digest Hume’s controversial opinions. Hume was charged with heresy for his unorthodox views which conflicted with Christian beliefs, but managed to escape punishment as he was deemed outside the Church’s jurisdiction due to his position as an atheist. However, this did come at a substantial cost as once again, Hume was overlooked for heading the philosophy department at the University of Glasgow.

After returning to Edinburgh, Hume assumed the position of a Librarian to the Faculty of Advocates at Edinburgh. He held that position between 1751 and 1757 before resigning, and wrote another one of his works, My Own Life, in this period. It was in 1754 however that David Hume rose to fame, both amongst the public as well as other professionals in the field, with his book The History of England. This was a six volume book published over 8 years, and summarized Hume’s research over the preceding 15 years. He claimed in his book that politically motivated individuals are passive in their behavior, and only rebel against established authority given uncertain circumstances. Hume’s status as a historian was not only consolidated but enhanced after this publication. Renowned French historian Voltaire hailed it as the best ever written in any language.

Hume returned to Edinburgh after The History until his eventual death in 1776. His last years were spent on working on his next work, The Dialogues Concerning Natural Religion, which ended up being published after his passing in 1779. He also mentored revolutionary economist Adam Smith, who was just emerging in his field, before his death.

David Hume will go down as one of the great due to the way he revolutionized philosophical thought. His works were mainly categorized by the argument that knowledge can only be gained via experience and not inherent ideas, cementing his status as an empiricist. He distinguished impressions and ideas, the former created via sensations whereas the latter a remembrance of the former. His work laid the foundation for breakthroughs made by subsequent thinkers Adam Smith, Adam Ferguson and Immanuel Kant, all of whom credit Hume for setting the platform for their research.