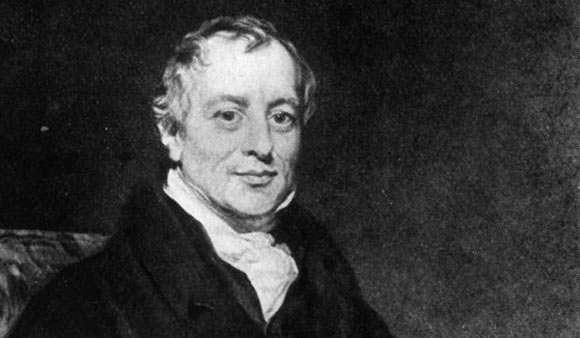 David Ricardo was a political economist hailing from Britain. He is recognized most for proposing the comparative advantage theory on international trade, which urges countries to focus on the production of those commodities in which they specialize.

Ricardo was born on 19th April, 1772, in London, England, to a family of 17 children. His family was of Portuguese origin who had migrated from the Dutch Republic to England. Ricardo’s father was a successful stock broker. He thus joined his father’s business at a tender age of 14 and subsequently showcased his exceptional business acumen in dealing with economic matters. However, he was soon disowned by his family in 1793 in the wake of his decision to marry a Quaker and convert to Christianity. His impressive performance in the stock exchange thus far had meant that he could continue operating as a member, and he soon received the backing of a banking house. Ricardo’s success in the stock market continued, allowing him to amass considerable wealth, and in the years that followed he utilized it to pursue his educational interests.

Ricardo’s developed a keen interest in economics after reading Adam Smith’s book, ‘Wealth of Nations’, in 1799. He started studying the discipline for the next ten years and in 1810, managed to publish his first pamphlet, ‘The High Price of Bullion, a Proof of the Depreciation of Bank Notes’. In such early works, Ricardo displayed his belief in monetarism, as he argued that the inflation that characterized England was a consequence of the Central Bank’s insistence on issuing more and more currency. This stirred great controversy amongst his fellow economists, and Ricardo started to become noticed in the field.

In 1815, Ricardo published his essay titled ‘Influence of a Low Price of Corn on the Profits of Stock’. This essay gave birth to one of the most famous economic doctrines to date, the law of diminishing returns, which maintained that adding more inputs to production whilst keeping one of the factors fixed will yield smaller successive additions to production.  Moreover, Ricardo also condemned protectionist mechanisms and advocated free trade by proposing the comparative advantage theory. He claimed that instead of producing all commodities, if nations focused on producing only ones in which they specialized in and traded the surplus with one another, international production would increase and all trading partners would be better off.

David Ricardo was renowned for his ability to solve complex economic problems without utilizing any mathematical tools which were ever so employed by his fellow professionals in the field. His theory on rents was formulated in a similar fashion. Ricardo asserted that more productive agricultural lands would ultimately benefit the landowners rather than the tenant farmers as the latter would be willing to pay higher rents for them. Economists to date utilize the Ricardian theory to elaborate on why agricultural price supports are ineffective in helping farmers has they end up benefiting the landowners instead.

Over the course of his career, Ricardo was able to realize both fame and financial prosperity. His fortune at the time of his death was measured to be $100 million in today’s dollars. Ricardo also came across prominent economists and philosophers such as Jeremy Bentham, James Mill and Thomas Malthus. He joined the British Parliament in 1819, but was forced into vacating his position in 1823 due to severe illness. David Ricardo passed away on 11 September the same year at the age of 51 at Gatcombe Park.