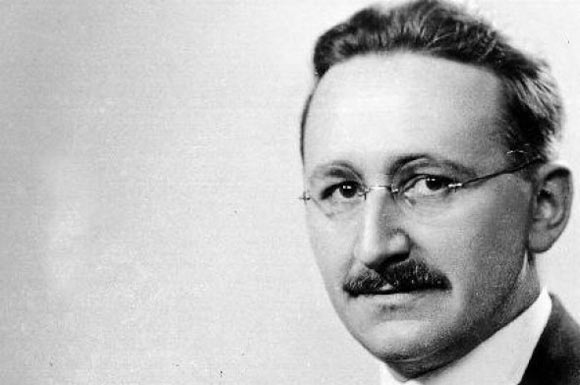 Friedrich Hayek was a world famous economist and philosopher hailing from Austria-Hungary. Hayek reached the pinnacle of his professional career when he shared the Nobel Memorial Prize in Economic Sciences with Gunnar Myrdal in 1974. His ideas generally countered the Keynesian description of a welfare state and totalitarian socialism outlook, and provided a stark defense of classical liberalism.

Hayek was born on 8th May, 1899, in Vienna, Austria. He was born in a privileged family blessed with wealth and noble ancestry. He took a keen interest in Aristotle’s perspective on ethics during his schooling. At university level, he displayed interest in a wide variety of subjects including philosophy, psychology, and economics. Hayek eventually obtained doctorates in law and political science   from the University of Vienna in the years 1921 and 1923 respectively. After graduating from Vienna, he decided to travel to the United States in an attempt to pursue his Ph.D. from the New York University. However, due to financial constraints, he soon had to abandon his post doctorate program and return to Vienna, where he began working on economics upon his return.

Friedrich Hayek started attending Ludwig von Mises‘ private seminars with his fellow university students after reading his book ‘Socialism’. In 1927, he was made director of the Austrian Institute for Business Cycle Research, an institute he founded with his colleagues. His first book was published in 1929, titled, ‘Monetary Theory and the Trade Cycle’. In 1931 however, he was invited by Lionel Robbins to join the faculty of the London School of Economics, an opportunity he cashed in on. Hayek went on to stay at LSE for eighteen year, becoming a British citizen in the process in 1938. It was here that Hayek established himself as one of the world’s finest economists, proposing theories on the coordination function of prices and economics of processes.

During his time in England, Hayek formed a heated rivalry with another economic heavyweight, John Maynard Keynes. Their arguments primarily rested on the role of currency in developed nations. The rivalry however was escalated when Hayek critically scrutinized Keynes work, ‘A Treatise on Money’ (1930), and act which prompted retaliation by Keynes when he did the same to Hayek’s book, ‘Prices and Production’, in 1931. This saga invited criticism towards both economists from fellow professionals in the field, who deplored their decision to compromise the integrity of their texts by making things personal.

Between the years 1940 and 1943, Hayek worked on his next book, ‘The Road to Serfdom’. The book was written in order to address popular opinion in Britain that Fascism was a reactionary mechanism of capitalist structures to socialism. The book was initially published by Routledge in 1944 and distributed in Britain, but attained greater popularity in the U.S. when it was circulated there.

In 1950, Hayek left LSE for the University of Chicago, joining their Committee on Social Thought. Thereafter he published a number of books, including the ‘The Constitution of Liberty’, and ‘The Sensory Order’ which was a book on Psychology. After twelve years in Chicago, Hayek moved to West Germany to teach at the University of Freiburg im Breisgau until his retirement in 1968.

Friedrich Hayek is widely believed to be the greatest proponent of Austrian Economics and his writings continue to be utilized today. He wholeheartedly believed in the existence of free markets, and his writings provided unique insights in the domain of banking and monetary theory, the socialist calculation debate, and the theory of spontaneous orders. He was co-awarded the Nobel Memorial Prize in Economic Sciences on 9th October 1974, an accomplished which testifies his stature as an economist. Hayek passed away on 23 March 1992, in Freiburg, Germany, having realized an illustrious career.