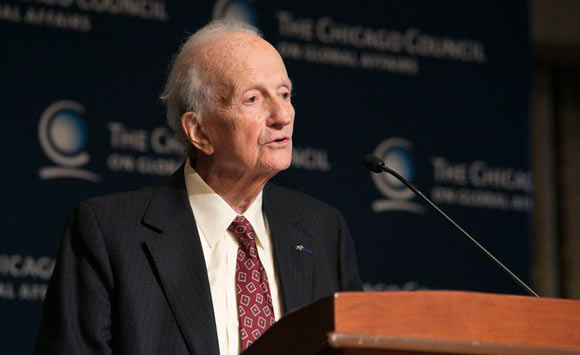 Gary Becker is a famous economist hailing from the United States of America. He is perhaps best known for winning the Nobel Prize in 1992 for his outstanding contributions to economics in issues pertaining to human behavior.

Becker was born on 2nd December, 1930, in Pottsville, Pennsylvania. After completing his early education, he enrolled in Princeton University where from he graduated in 1951 with a B.A. degree. Becker then proceeded with pursuing a Ph.D., this time from the University of Chicago, a feat he realized in 1955. He then assumed a teaching role at Columbia University for the next eleven years between 1957 and 1968, after which he made his return to the University of Chicago. He currently teaches both economics and sociology at the Booth School of Business.

Becker’s early works included his doctoral thesis in 1955, which was based on the economics of discrimination. His intellectual acumen was on show here as his thesis made use of unusual economic concepts and went on to challenge popular economist Karl Marx’s view that discrimination inevitably benefits the one who discriminates. Becker suggested that it could be the other way round as well, as employers would only miss out themselves if they reject perfectly able candidates on the basis of skin color. He also argued that competitive industries are likely to be categorized with less discrimination as the practitioners will suffer a loss of market share as a consequence. Hence, discrimination is more likely to be witnessed in the more regulated, less competitive industries according to Becker.

After exerting considerable effort in studying discrimination within markets, Gary Becker proceeded with observing the field of human capital. Becker asserted that education need not be viewed as an expense, but an investment. Thus, Becker founded the idea that education aids human proficiencies and skills in a manner similar to how other investments improve physical capital, and highlighted time as the primary cost of education.

Becker also entered the study of time, analyzing how families come to decide how to allocate their time. He suggested that married women become more inclined towards work when market wages are rising since they are giving up on the chance to earn more, thereby increasing their opportunity cost. Such women would thus prefer to give up their household tasks for work and compensate for it via substitutes such as fast food, servants etc. Becker further delved in to the study of families in his later research, exploring the reasons which lead to decisions on the number of children and their education, marriage and divorce.

The issue of crime was also one that caught Becker’s attention. He claimed that criminals engage in crime after weighing its costs and benefits. Hence, he suggested that in order to deter crime, the costs of it should outweigh the benefits, and this had to be ensured via increasing the chances and the level of punishment.

Becker’s keen insights on a number of topics saw him receive the Nobel Memorial Prize in Economic Sciences in 1992. Among his other accomplishments include winning the John Bates Clark Medal in 1967, one awarded to young, aspirational economists displaying outstanding talent in the field. Gary Becker became president of the American National Association in 1987. He also possesses a pedigree in the realm of publications, operating a column for Business week for around 19 years.