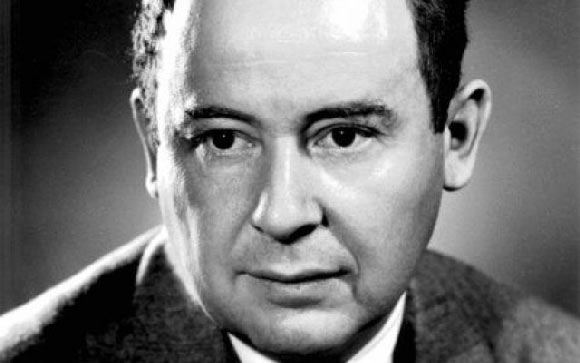 János Neumann, a Hungarian-American mathematical prodigy, was born on December 28, 1903, in Budapest, Hungary. He belonged to an affluent Jewish family, his parents, Miksa Neuman worked as a banker while his mother Margit Kann, hailed from a prosperous trading family. Von Neuman had a very academically enriched upbringing and he showed signs of brilliance from an early age, he possessed the ability to memorize quickly and understood foreign languages. He had tutors for Mathematics and Languages, while he was also enrolled in Budapest’s most prestigious school, the Lutheran Gymnasium. In 1921, Von Neumann completed his secondary schooling, he wanted to pursue a career in mathematics but his father dissuaded him. In 1922, he published his first paper, “The Introduction of Transfinite Ordinals”, a thesis he had written on minimal polynomials. He enrolled himself at the Swiss Federal Institute in Zurich and studied Chemistry and Mathematics. In 1925, he earned a degree in Chemical Engineering from the Swiss Federal Institute and later in 1926, he received his Ph.D. in mathematics from Pázmány Peter University in Budapest, at the age of 22.

In 1926, Neumann began attending the university in Gottingen, Germany, where he researched on quantum mechanics. He was a gifted and innovative scholar, he sought to reconcile his theories with available theories and to improve them. During this period, he researched on the similarities between wave mechanics and matrix mechanics. He also worked on the ‘abstract Hilbert space’ and devised a mathematical structure in terms of quantum theory. In 1928, he made his first significant contribution to field of economics with his ‘Minimax theorem’, which proposes that in particular zero sum games with perfect information, both players can minimize or maximize their losses by identifying existing strategies.

He moved to the United States and in 1937, John von Neumann became a naturalized US citizen. In 1938, he was awarded the Bôcher Memorial Prize for his work in analysis. Neuman’s analytical work led to the creation of the field of cellular automata, he constructed the first self-replicating automata with pencil and graph paper, without the aid of computers. His fame as a brilliant and unchallenged mathematician brought him the respect of business owners and government leaders. In 1943, he was appointed on the Manhattan Project by the US government. He dealt with the extensive and complex calculations required for the construction of the atomic bomb.  He also constructed the concept and design of the explosive lenses in the plutonium core of the Trinity test device.

Neumann’s work on the hydrogen bomb also reaped immense benefits for the development of the field of computing, particularly as he, along with Stanislaw Ulam, constructed simulations on Neumann’s digital computers for the hydrodynamic computations. Neuman also worked on the development of the Monte Carlo method, through which complicated problems can be approximated using random numbers. After working on the atomic bomb, Neumann increasing became fascinated with the idea of using machines to do calculations and deriving the solutions of complex mathematical problems. After the war, he made immense contributions to the development of the first modern computer. His work laid the foundation of modern day computers. In 1955, he was appointed to the Atomic Energy Commission by President Eisenhower, and in 1956, he was awarded it Enrico Fermi award.

Neuman’s main area of interest and his paramount contribution to the field of mathematical economics, was the game theory, through which he conducted a study of the conflict between two rivals, each aiming to beat the other and achieve two different goals. His most significant works include the foundation of quantum mechanics in terms of linear operators on Hilbert spaces, a study on the merge sort algorithm and explorations of problems in numerical hydrodynamics.