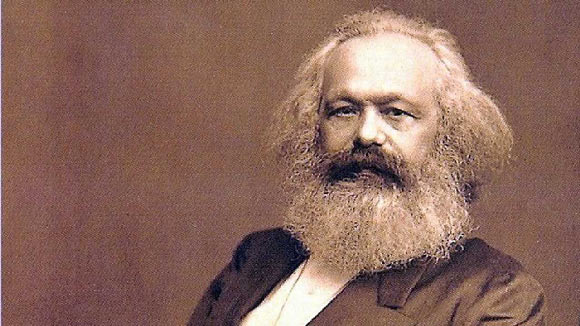 Karl Heinrich Marx, the father of communism and the most influential social thinker of 19th century, was born on May 5, 1818, to parents Heinrich and Henrietta Marx in Trier, Prussia. His father was a successful lawyer and a passionate activist for Prussian reform. Karl’s father converted to Christianity in 1816 at the age of 35, due to the 1815 law barring Jews from higher society. Marx hailed from a big family of nine children, he wasn’t an exceptionally bright student, receiving mediocre grades throughout his school years. He was home schooled till the age of 12, after which he attended the Jesuit high school in Trier. In 1835, he began studying at the University of Bonn but after exhibiting a rebellious attitude and particularly, getting arrested for drunkenness and accumulating debts, his father forcefully enrolled him in the University of Berlin, hoping the serious atmosphere of the university would succeed in killing Karl’s rebellious attitude.

At the University of Berlin, Marx studied law and philosophy became actively involved with the Young Hegelians, a radical group of students who criticized the political and religious establishments. Marx’s passion for politics grew and he became a staunch radical, which immensely worried his father. In 1836, Marx got engaged to Jenny von Westphalen, however, he had no intention to settle down.

In 1841, he earned his Ph.D. from the University of Jena, but his radical political affiliations made it impossible for him to land a teaching position. He began his career as a journalist, and in 1842, he landed the post of editor of Rheinische Zeitung, a liberal newspaper in Cologne. A year later, the government banned the newspaper. In 1844, he finally married Jenny von Westphalen, and the couple shifted to Paris.

Paris, at that time, was the political as well as intellectual hub of Europe. There, along with Arnold Ruge, Marx managed to found a political journal titled Deutsch-Französische Jahrbücher (German-French Annals). Philosophical differences emerged between Marx and Ruge, and the journal met its end only after a single issue. However, the critical acclaim received by the journal led to Marx’s encounter with contributor Friedrich Engels in 1844, who not only became a collaborator but also a lifelong friend. Together, the two published The Holy Family in 1845, a criticism of the philosophy of Bruno Bauer, a Young Hegelian. In the same year, Marx was expelled from France upon writing for a radical newspaper Vorwarts, which was said to have an alliance with the later emerging communist league. He then moved to Belgium.

In Brussels, Marx completely broke away from the Hegelian society after his encounter with socialism. He penned his first book, The German Ideology, where he put forward his theory on historical materialism. The books was published after his death.

In 1846, Karl Marx founded a Communist Correspondence Committee to form a link between socialists all over Europe. His idea inspired the formation of the Communist League, and in 1847, Marx and Engels were requested to form the Manifest der Kommunistischen Partei (Manifesto of the Communist Party). More commonly known as the Communist Manifesto, it created widespread outrage among the governments of Europe as it influenced millions to the idea of socialism upon its publishing in 1848. In 1849, Marx was expelled from Belgium and he found refuge in London as both Paris and Prussia refused to accommodate him.

In London, Marx contributed to form the German Workers’ Educational Society, and a new headquarters for the Communist League. Meanwhile, he worked as a journalist, working as a correspondent for the New York Daily Tribune from 1852 to 1862. However, he was unable to earn a living and was supported by Engels. From 1867, Marx became involved with the workings of capitalism and economics theory and published the first volume of Das Kapital. The remaining two volumes were edited and published by Engels after his death.

Karl Marx died in London on March 14, 1883 after getting infected with pleurisy. The Communist Party of Great Britain erected a large tombstone for his grave which was engraved with the last line of The Communist Manifesto “Workers of all lands unite”.