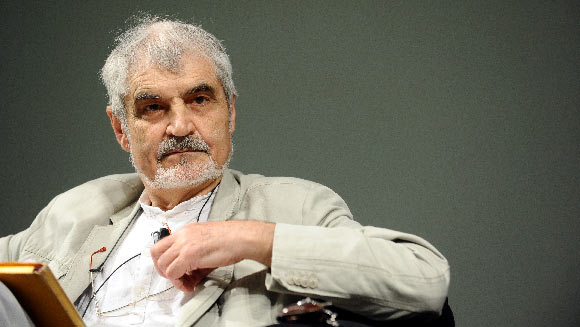 Serge Latouche, a renowned economist, philosopher and anthropologist, was born on January 12, 1940, in Vannes, France. He studied economics, political science and philosophy at Lille and Paris universities. Latouche has a degree in political science, philosophy and economy. He ranks among the highly esteemed voices on the complex issues of North-South economic and cultural relations, and social sciences epistemology. He rebukes economism, utilitarianism in social sciences, consumer society and the notion of sustainable development, and he has displayed particular disdain for the ideas of economic efficiency and economic rationalism.

Latouche has made significant contributions for the evolution of the new global movements which has led to growth worldwide. He prefers to be referred as a “growth objector”. In the 1970s, Serge Latouche spent several years in South Africa, where he conducted extensive research on traditional Marxism, he formed his own ideology based on ‘progresses and ‘development’. He is among the pioneers of the degrowth theory. In 1981, he published the Revue de Mauss (Anti-utilitarian Movement in the Social Sciences) in collaboration with Allain Caille. He also published the journal Homonima. Latouche, along with Nicholas Georgescu-Roegen, and in collaboration with Casseurs du Pub, published for the Journal La Décroissance (journal of the joy of life).

His most significant literary contributions include L’Occidentalisation du monde; La Planète des naufragés; L’Autre Afrique, entre don et marché;  Justice sans limites , and, Survivre au développement. He ranks among the bitterest critics of the westernization of the planet. He has dedicated a number of books to this cause, particularly notable are “The westernization of the world” published in 1992 and “The bet of Decrease” published in 2007.

He currently serves as professor emeritus of economics at the University of Paris-Sud (XI-Sceau/Orsay). He was the former president of the ligne d’horizo. He is a renowned authority in the domain of economic anthropology and a regular contributor to “La Revue du M.A.U.S.S“.