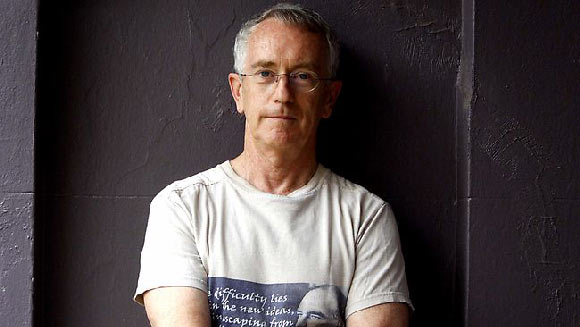 Steve Keen, a British-Australian economist, was born on March 28, 1953 in Sydney, Australia. His father worked as a bank manager. In 1974, Keen received his Bachelor of Arts and in 1976, he received his Bachelor of Laws from the University of Sydney. In 1977, he received his Diploma of Education from the Sydney Teachers College. He completed his Master of Commerce in Economics and Economic History at the University of New South Wales in 1990, and later in 1998 he received his Doctor of Philosophy in Economics from there as well.  Keen has been significantly influenced by the works of John Maynard Keynes, Karl Marx, Hyman Minsky, Piero Sraffa, Augusto Graziani, Joseph Alois Schumpeter, and François Quesnay. Before receiving worldwide acclaim, Keen tried his hand at a diverse range of professions, owing to his exceptional communication skills, including jobs such as a school librarian, education officer for an NGO, conference organizer, computer programmer, journalist for the computer press, and economic commentator for the Australian Broadcasting Commission (ABC) among others.

Keen is widely regarded as a post-Keynesian economist for his criticism of neoclassical economics as ‘inconsistent, unscientific and empirically unsupported’.  Keen’s most significant contribution to the field of economics is his analysis on mathematical modelling and simulation of financial instability, which he has derived from Hyman Minsky’s Financial Instability Hypothesis. He is one of the prominent critics of the Australian property bubble.

Steven Keen, along with very few other economists, had the foresight to predict the inevitability of a serious economic downfall, and he took initiative to warn the general public since December 2006. His ground breaking research on complex systems modelling of debt-deflation was awarded the eminent Revere Award from the Real World Economics Review , describing Keen as the economist “who first and most clearly anticipated and gave public warning of the Global Financial Collapse and whose work is most likely to prevent another GFC in the future”.

Keen has made over 70 academic and literary contributions to the field of economics, he has researched a diverse range of topics including modelling financial instability, monetary macroeconomics, econophysics, chaos and complexity theory, Islamic finance, mathematical flaws in Neoclassical microeconomics, and logical flaws in Marxian economics. His book ‘Debunking Economics’ where he puts forwards a critical analysis of the Neoclassical economics in a comprehensive manner, became an instant bestseller. His other influential publications include “Finance and Economic Breakdown: Modeling Minsky’s Financial Instability Hypothesis” and “Finance and Economic Breakdown”.  From 2006 till 2010, he published a monthly report, Debtwatch, which explained the hazards of accumulating large private debts. Debtwatch, now a popular internet blog run by Keen, has over 13,000 members and more than 60,000 regular readers.

Keen served as an associate professor of economics at University of Western Sydney. In 2013, he applied for voluntary redundancy when UWS shut down its economics program at the university. In 2014, he took up the post of the professor and Head of the School of Economics, History and Politics at Kingston University in London. He is also a Fellow at the Centre for Policy Development