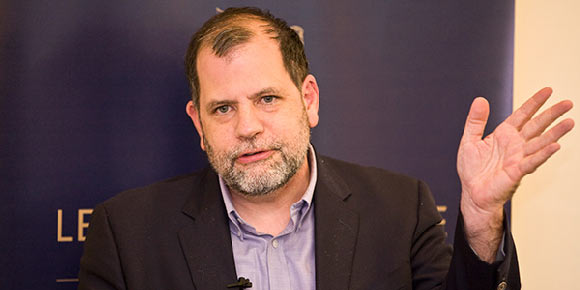 Born on 21 January 1962, Tyler Cowen is one of America’s finest economists. He has also made a name for himself as an academic and a writer, authoring and co-authoring a number of popular books, articles and papers. Cowen is known for speaking up on critical issues which often depict the harsh veracities of current economic systems and conditions.

Cowen showcased an incisive mind from his early years as he won the New Jersey chess competition, becoming the youngest person ever to do so. He earned his bachelor’s degree from George Mason University, majoring in economics. He subsequently followed his educational pursuits by completing a Ph.D. in the same discipline from Harvard University.

In 2011, the Foreign Policy Magazine recognized Cowen’s ability to “find markets in everything” with a nomination in their list of “Top 100 Global Thinkers”. A lot of Cowen’s work has been dedicated towards studying the relationship between technological evolution and economic growth. He has always maintained his belief that today’s society is not living up to its potential given that they have not realized the levels of technological progress and innovation which they believe they have. He has further conducted his own research and analysis, using the dynamics of different markets and population, to forecast the future states of different economic sectors such as education, healthcare and energy along with international markets. His study also consisted of a scenario analysis of the differential impacts of various conditions and circumstances on the Eurozone, Medicare and Medicaid, the American financial system.

Tyler Cowen’s book “The Great Stagnation” landed top spot on the best seller list of the New York Times and had him crowned as “America’s Hottest Economist” by Bloomberg Businessweek. The contents of the book were hugely controversial, as Cowen to a certain extent discredited the historical growth of the United States and tipped other societies to overtake it in the years to come. This success was followed by his other book “Average Is Over” where Cowen perpetuated his stance on increased income gaps. He underscored how the capitalists and tycoons reap the majority of the financial success of technological innovation etc., with the common man still not offered enough opportunities for progress. He supported his argument by highlighting how seventy five percent of the jobs generated since the Great Depression still offer wages in close proximity to the minimum wage.

Tyler Cowen is also a regular columnist for the New York Times on national and global economic issues. His works have also been published in prominent journals such as the American Economic Review, Wall Street Journal, Journal of Political Economy, Money, Ethics, Philosophy, and Public Affairs. The Economist has acknowledged his contributions to the discipline by naming him as one of the most influential economists of the last decade.

Cowen currently holds the Holbert C. Harris Chair of Economics at the George Mason University, in addition to being the chairman and general director of the Mercatus Center which specializes in research on market economies. He co-founded the Marginal Revolution, a blog with his colleague Alex Tabarrok, it is regarded by many as the best economics blog. The two also jointly created an online learning and educational platform by building the Marginal Revolution University. Among Cowen’s list of other accomplishments also includes positions on the advisory boards of Wilson Quarterly and American Interest.